When judges announced the winners of a national Latin American dance competition, Kings Langley school pupil, Grace Silliton, was blown away by the result.
Grace, 20, who has just completed her A-Levels at the Rudolf Steiner School, danced her way to the top after it was announced she was the winner of the BachataStars UK Championships, alongside her dance partner Gus Mensah.
After being inspired by her father Martin, who is a salsa teacher in the area, Grace has been dancing since the age of 12.
Grace and Gus only started training together last year and worked on a bachata dance routine, which they performed around the country.
They were spotted to teach at the prestigious Latin Dance Academy in London and soon after decided to enter the BachataStars UK Championships.
Grace said: "I was really nervous. My heart was pounding. It was just down to the last three couples and I was sure that the couple who came second were going to win because they were really fantastic.
"It was really terrifying and I was completely shaking.
"I was so lucky because I had so much support from family and friends, who completely jumped on me when we had won.
"It was the best feeling ever. I have never won anything before. It was just amazing."
The regional heats for the BachataStars competition took place earlier in August, where Grace and Gus were awarded first place to go on to the final.
At sixteen, Grace began teaching Latin dance once a week and is now teaching three times a week, in London and Hertfordshire.
While juggling her dancing and teaching, Grace has just completed a drama and photography A-Level at the school in Langley Hill. Grace said her best memories of school were the performances, plays and musicals, which helped her develop confidence and stage presence, which she says judges often comment on in their feedback.
In the future she plans to visit South America to pursue her passion for dance for further research and study into Latin dance.
The pair will now go on to compete in the European Championships in Oslo and winning the UK Championship won them their flights and hotel stay in Oslo as well as £500.
Martin, her father added: "Of course we are all really excited and very proud of Grace.
"She moves very fluidly which makes her really stand out.
"Lots of girls often say how they would love to dance just like Grace."

Posted by MA Steiner Education at 9:06 am
Email ThisBlogThis!Share to TwitterShare to FacebookShare to Pinterest


RAISING THE BAR TO VICTORY!
Steiner Academy Hereford won the regional final of the national Bar Mock Trial competition on Saturday 10th November at Birmingham Crown Court.
Each team was made up of barristers for the defence and prosecution, witnesses, defendants, a court clerk, an usher and jurors. Sixteen schools competed from all over the West Midlands region. Following three preliminary rounds the Steiner Academy team was declared winners of their league and met King Edward VI College in the final. The atmosphere in the Court was tense as three judges presided over the case. The outcome was the Steiner Academy team was judged as successfully defending the case and the overall regional winners. The decision was unanimous and the team was highly praised. One judge said that she trains students over three years in Law School and they did not examine their witnesses as well as the defence barristers in the SAH team.
THIS WAS the youngest team in the competition - most schools were represented by sixth form students – the smallest school entering the competition and the the first year the school had entered!
The team will now go forward to the national finals to compete against teams from 15 schools from England, Wales and Northern Ireland. The finals will take place at the Royal Courts of Justice in London on 23rd March 2013. 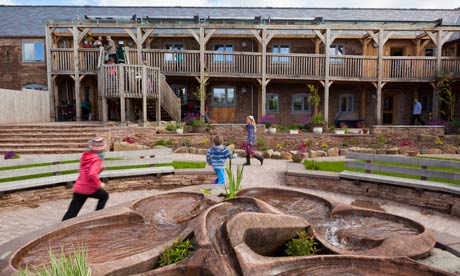